Pastor Wayne Fischer was born on Reformation Day, 1947, grew up as a farm boy on a small farm between Altamont and Clear Lake, South Dakota.  After graduating from high school he went to Northern State College in Aberdeen, South Dakota where he earned his Bachelor of Science Degree in Secondary Education, with a major in mathematics and a minor in English.  He was certified to teach all math and English courses as well as broad spectrum social studies.  He accepted a teaching position in the Bowdle, South Dakota public schools, where he taught for one year.

While there, he met Pastor and Mrs. Walter Sprengler, who guided him to study for the public ministry. Pastor Fischer went to Bethany Lutheran College in Mankato, Minnesota to study the prerequisites of religious studies and foreign languages.  After two years he went to Wisconsin Lutheran Seminary. 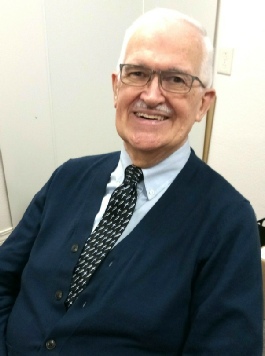 He graduated from the Seminary in 1976 and was assigned to Sola Scriptura Lutheran Church near Atlanta, Georgia.  He served there for eight years.  During that time he was involved with starting a Christian Day School at Sola Scriptura and three daughter congregations in Lawrenceville, Perry and Marietta, Georgia.

In 1984 he accepted a call to Wisconsin Lutheran High School where he served for eleven years as a teacher and then the Director of Guidance and Counseling.

From there, in 1995, he accepted a call to start Great Plains Lutheran High School in Watertown, South Dakota.  After five years, in 2000, he accepted a call to Minnesota Valley Lutheran High School as the Superintendent where he served for eight years.  While in South Dakota and Minnesota he served various roles from teacher to guidance director to development director to principal to building project coordinator, etc.

In 2008 he accepted a call as the Director of Camp Shiloh Lutheran Retreat near Pittsburg, Texas where he ended up filling many roles as the camp’s ministry grew.

In 2015 he accepted a call to serve a dual parish, St. Paul’s in Valley City and Christ the King in Jamestown, North Dakota where he served until accepting the call to serve Beautiful Savior Lutheran Church.